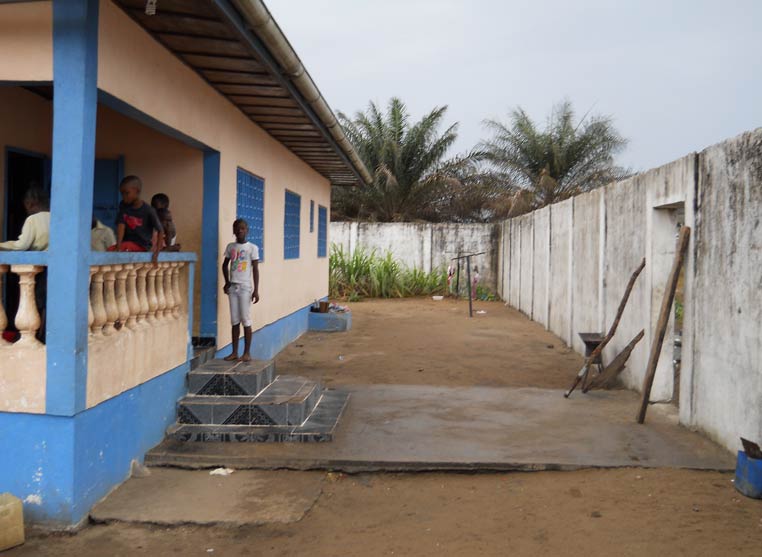 On Monday, Marie was shocked to see POLICE at the gate of NHCV!

“What could it be?” she wondered. Initially, she was concerned and worried about what news the police were bringing. What surprises were about to reveal themselves?

The police were there to investigate a report that EBOLA was in the compound and bringing danger to the whole community.

“What? There is Ebola? No, that cannot be, everyone is safe and feeling fine. What do you mean?”

The police then explained that someone identified Shadrach, an 11 year old boy, as being a carrier and posing a danger to everyone. They insisted on investigating, and we could not resist their efforts. So, the police came in and took temperatures and interviewed the children, the staff, and Marie. They searched the orphanage compound for any evidence and were finally satisfied that the report had no merit. WHEW, what a relief. At this point, the police and the ambulance left. They left behind a confused bunch of kids who could not help but wonder “Who would make up such a story?” “Why would anyone want to do us such harm?” Mysteries are mysterious.

As it turned out, it was a local who had panicked, not because he had any evidence, but because he could not see over the compound walls. His fearful mind ran away with crazy ideas about “what if”. There is much chaos in Liberia right now. People are vulnerable and scared. Ebola is invisible to the naked eye until the symptoms reveal themselves, and by then it is too late. He over reacted, he allowed fear to rule his mind, and he imagined all kinds of foolish things in his panic. No real harm was done, but this shows how sensitive they are in Liberia; it shows how easily fear leads to destruction, and how a faithless generation responds. We continue to place our confidence in an all-powerful God who knows our every need and commands total control, even over our adversary.