Thank You To Our Car Wash Supporters 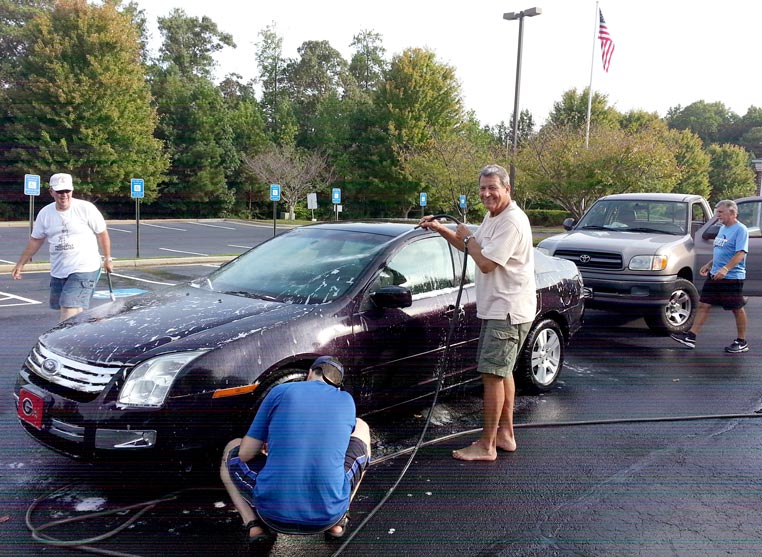 We are so honored that New Hope Children’s Village was deemed a recipient of some of the hard earned funds that were raised.  What an impressive picture of servant hood these godly men demonstrated, humbly washing cars.  May I add that they ‘detailed’ the cars, not merely hosing off the dirt.  Oh no, they polished tires, cleaned hub caps and grills, and vacuumed the inside of the car while drying the outside and polishing the windows.   Believe me, you don’t do a better job on your own car!

In addition to the traditional “Car Wash” signs in front of the church, we benefited greatly by the team parents of the soccer teams competing on the church soccer field.  Myer Torbor distributed NHCV brochures and helped encourage many families to have their car washed, while teaching them about the work of NHCV.  We are always so grateful for the generosity of God’s spirit in the hearts of people.

People gave as they were able and over $500 was raised by noon.

The car wash stopped at noon, which was a good thing because the deacons were getting pretty wore out from all the hard work by then.

We are so grateful for what God is doing at Mount Zion Baptist Church.

From the start, this precious church, influenced by Howard and Jeri Barefoot, have stood with NHCV.  Scott Crow and Howard Barefoot personally went to Liberia in March of 2014 to see with their own eyes, and feel with their own hearts, what work is being done in the name of Jesus Christ.  On that trip, Pastor Crow preached a sermon on reconciliation and over 20 people responded to his invitation at the conclusion.